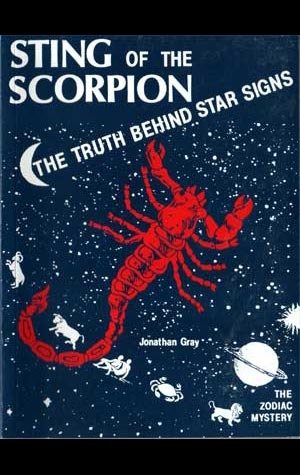 Sting of the Scorpion E-book

ASTROLOGY EXPOSED — THE TRUTH BEHIND STAR NAMES AND SIGNS. Ancient civilisations believed that a serpent - which represented the devil - took control of the world. They believed a virgin’s baby would fight the serpent, defeat him and bring peace, life and happiness back to mankind. The pictures on the sky map were used to describe the story and NOT to tell people’s fortunes through the stars. The NAMES of the stars, as well as the star sign PICTURES told that story.