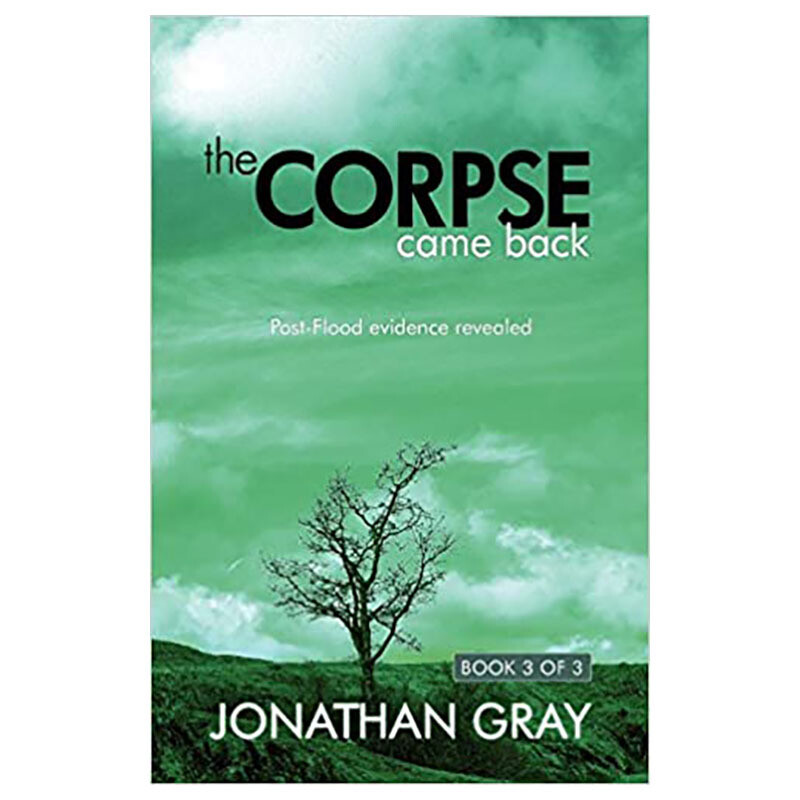 The Corpse Came Back E-book

This story unfolds like a mystery thriller...the action-packed, true, gripping account of the settling down of planet Earth AFTER THE TOTAL WORLD WIPEOUT...and its effects upon human history.

The Corpse Came Back! begins with the handful of refugees on board their survival vessel - the ship of Noah - and their journey into the unknown, new world.

Of course, the skeptics will have their questions, such as: If the Ark floated above the mountains, however could they breathe in that high-altitude rarefied atmosphere? How could the frail, timid platypus have migrated to Australia from Ararat? Surely marsupials must be an isolated evolutionary development - since their fossils are found nowhere else?

Amazing scientific evidence that our biggest mountain ranges are barely 4,000+ years old. Was the Ice Age triggered by HEAT??? Why did civilization BEGIN in the mountains - instead of in the easily cultivated valleys and plains? Grand Canyon explorations - are there really ancient Egyptian remains in "off-limits" tunnels? The strange origin of the alphabet and much more!