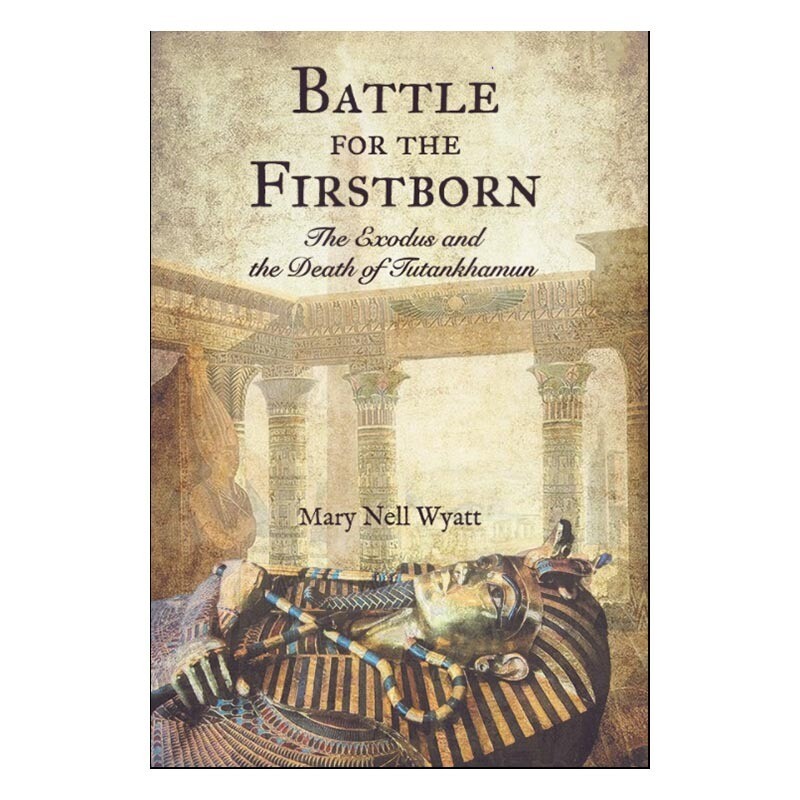 Battle for the Firstborn

Scholars, even Biblical scholars say the Exodus either never took place or didn’t happen as the Biblical story states. But one man, Ron Wyatt, believed the Bible held the answers and all evidence should be interpreted with the Scriptures as the foundation.

Now, for the first time, complete documentation of the Exodus which fits the Biblical account perfectly is available. “Battle for the Firstborn” documents Ron's research and fieldwork which led to:
· The identity of Joseph in ancient Egypt and the exciting evidence of the center of the selling of grain to all the nations during the great famine
· The identity of “pharaoh’s daughter” who rescued Moses
· The identity of the amazing young man in ancient Egypt who fits the profile of Moses perfectly
· The identity of Moses’ parents and their tomb which tells the exciting story of Moses “refusing to be called son of pharaoh’s daughter”
· The location of the Red Sea crossing and how Ron determined the exact location
· The identity of the pharaoh who drowned in the Red Sea
· The identity of the firstborn son of the Exodus pharaoh, whose life was taken by the “angel of death”,- Tutankhamun, or “King Tut”
· The picture of chaos revealed by the tomb of ‘King Tut”
· The internal strife within Egypt after the Exodus which almost led to its demise
· The story of the discovery of the real Mount Sinai and the 75 days Ron and his sons spent in prison in Saudi Arabia, accused of being Israeli spies after being betrayed by a friend
· The battle for the truth about the evidence at ancient Jericho
Based on his discoveries in the Red Sea and his study of ancient Egypt, Ron was convinced the Exodus took place during the 18th Dynasty. Some early scholars also believed the 18th Dynasty was most likely the correct dynasty but the accepted number of years for each pharaoh didn’t work in the timeline.
Then, when Ron did his research, he noticed something which changed everything. Because of alternating similar names in the ancient Egyptian “kings lists”, he came to a startling conclusion. He believed the pharaohs of the 18th Dynasty had different names when they were co-regent and then when they became the emperor pharaoh- but they were the same person. This meant that the long list of pharaohs was shortened as the years of a pharaoh’s coregency was contained in his list of years as the emperor pharaoh.
Ron tasked his wife, Mary Nell, with documenting his beliefs concerning the Exodus. Mary Nell approached the task by first laying out a timeline based on the Bible and the ancient Egyptian evidence found on monuments, tomb walls and inscriptions. Next, the search for original data, untainted by theories and preconceived notions, took many years to gather and examine in the context of the Biblical account. What she discovered as she worked on the timeline was that it fit the events of the Exodus perfectly.
“Battle for the Firstborn” lays out the evidence. It also tells the exciting story of how Ron discovered the true Mount Sinai in Saudi Arabia.
The story of how these discoveries were made points to the Divine origin of their revelation. Ron never took any credit. He believed our Creator preserved all these things for this particular time in earth’s history and he had the great honor of participating in the work of uncovering these great evidences. He also believed that part of his responsibility in presenting these discoveries was to present the significance they have for us today. They verify the complete accuracy of the Bible which will strengthen the faith of believers. And hopefully, non-believers will see the precise truth of the Scriptures and decide to accept the great offer of salvation and eternal life.
Save this product for later
Display prices in: USD