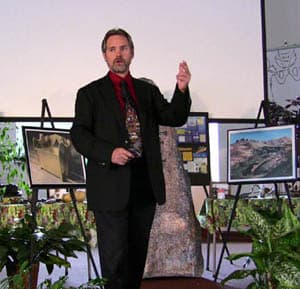 The first weekend in September was a series of blessings from beginning to end! The Clarksville SDA Church made the Anchor Stone team feel like family in short order. They have a lovely building for worship, and a very warm congregation.

Guests traveled from as far as St. Louis, Missouri for the weekend, and many drove two or three hours to attend. Jerry Bowen, Lee Forbes, and Johnny Henderson were the speakers for the meetings.

Johnny Henderson spoke during the worship service on the subject of Charles Darwin and his theory of evolution, giving some interesting background information. 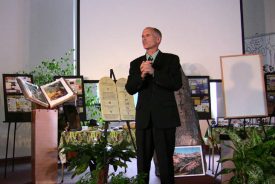 Lee Forbes is the director Dynamic YOU Ministry that focuses on teaching young and old simple ways to study the Bible and gain a deeper understanding as well as memorizing scripture. He led the meeting on Friday night and another the following afternoon. There was a lot of group participation and lively discussion, as well as a renewed commitment to study the Bible more faithfully.

Jerry spoke twice, once on the significance of the re-discoveries made by Ron Wyatt and why they have emerged in this generation, as well as a short series on the discoveries with questions and answers. Each session was marked by intense discussions and examining the specimens that Jerry brought with him.

It was a special treat to have Ron Wyatt’s children, Michelle, Ronnie, and Danny, as well as some of his grandchildren in attendance. Kevin Fisher of ArkDiscovery was there and managed to get several videotaped interviews with the family and friends who had worked closely with Ron, particularly in the early years. We believe those recollections they shared will enhance the understanding of how Ron worked as well as clarifying some of the events and chronologies that haven’t been clear. 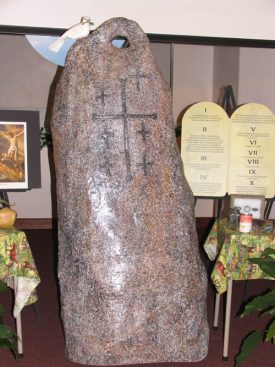 Special thanks to Steve and Kathy Hamby who worked countless hours designing the most beautiful stage props for the meetings, especially that wonderful hugel anchor stone and the large Torah and Bible on stands. Those extras added so much to the presentations!

Remember, our ASI team members are available to come to speak to your church or group. Just click the Contact Us link at left and let us know where and when and we’ll get back with you quickly to discuss the details.

September 4 & 5 in Clarksville, Tennessee Florida, anyone?