After the creation of our world God expressed His delight when exclaiming that, everything He had made was “very good” (Gen. 1:31). The Hebrew words say it best: mᵉʼôd  ṭôwb – exceedingly good in every sense.

What we must realize is that God’s “very good” pronouncement was made concerning a super-sized creation compared to today’s world. Since Darwin’s publication on evolution was embraced, the world has been drumming home the concept that the world and humanity started out as microscopic and evolved into something better, bigger, and more advanced. The very opposite is true. God created this world perfect, and it has deteroriated and degenerated since the entrance of sin.

Excluded from most all museums today are the archaeological remains of giant skeletons, both animal and human, plus plant fossils of incredible size. Many of the finds ended up in a basement vault at museums, in order to suppress and pervert the authentic record of past civilizations. One source estimated 18,000 such remains have been discovered. But due to the evolutionary bias, these artifacts are hidden away and sometimes even destroyed. They don’t fit the model of the evolutionists, so they are not displayed. Fortunately some made their way into the public eye through private collectors.

Within the fossil record we find not only giant remains of plants, but insects, and fish as well. There are giant artifacts such as an 18-foot stone sarcophagus that was exhumed in Turkey in the 1980’s and other “OOP-arts” (out of place artifacts) discovered all around the planet. The so-called “experts” aren’t revealing the true story of our past. They have their own agenda in promoting their own theory.

The author of Genesis documented the creation events over one thousand years after they occurred. By that time humanity had degenerated to about 10% of what God had started with. This is reflected in the declining lifespan of the people. Noah was ten generations from Adam and died at 950 years, ten generations later we come to Abram (later Abraham) who died at 175. One had centuries of pre-flood constitution the other did not. By the time we get to Joseph, Jacob’s 11th son, we are at the current typical lifespan of 110 years. Noah and Abram were contemporaries, with Abram at 58-60 years of age when Noah died.  Something dramatic occurred to account for the difference in longevity. The basic difference was the changes brought on by the global flood. Not only was lifespan affected, but physical size as well.

So from this author’s perspective, all human beings before the great flood would have been considered giants by later generations. Everything before the Flood was much larger: animals, trees, vegetation, fruit, etc.. This is what the archaeological record truly indicates, although seldom displayed.

Notice below some of the finds that slipped through the cracks from those trying to suppress the real picture of our history. 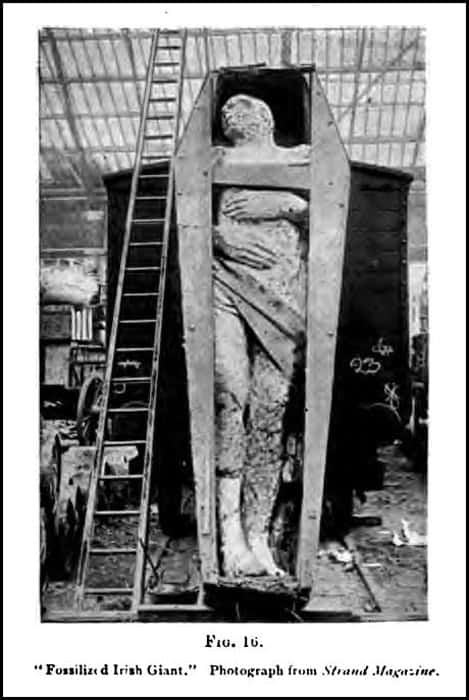 A giant Irish mummy discovered in 1895. It was 12′ 2″ and weighed 4000 POUNDS, with 6 fingers/each hand, and 6 toes/each foot, chest measures 6 feet across. Those before the flood were even larger: 14’ – 16’ in height. These remains are leaning against a railroad car.

Around the world there are remains that receive little attention as compared to those attempting to prove the theory of evolution; here we see skeletal remains over 8 feet. Many of these remains also boast a double set of teeth, which is common with many large remains.

An interesting article is published by Dr. Greg Little who investigated the reports of large human remains. You can read it here. Also Graham Hancock has researched the findings of large remains as well. See this link. There is also this copy of the New York Times from 1886: 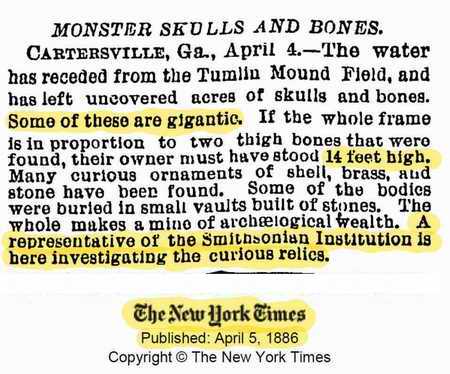 The Bible and the archaeological record both agree there has been a dramatic scaling down of humanity in size and age over the last 4,400 years. This was a result of the great flood which numerous evolutionary scientist reject. This is not just my best guess, I have in my own personal collection skeletal remains of an individual that would be 15 feet or larger, most assuredly a pre-flood person. So, when the author of Genesis refers to those before the flood as giants, this is relative to the author’s stature at that time; all humanity would have been considered giants from our perspective today. It makes sense if we have an understanding of world conditions before the flood. However, there is something specific that would call for the author to highlight such a characteristic using the term, “mighty men of renown”. This must mean more than physical stature alone. 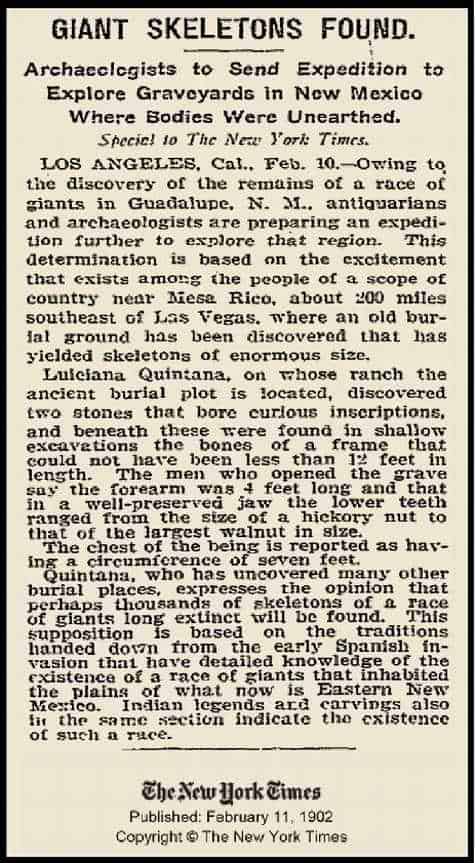 These considerations listed above changes the supposed dynamic of Genesis chapter six. If all of nature including humanity at that time are giants compared to the time in which the account was written or edited, then could it be another consideration other than physical size that warrants the commentary of; “mighty men of old, men of renown” (Gen. 6:4)

Could it be that when utilizing the term giant (Heb. – Nephiyl), the author is referring not only to physical features depicting the then “norm of society”, but intellect and reputation as well. The etymology of the Hebrew word is uncertain with it being used only three times in the Torah. This limited usage has left scholars guessing as to an actual dogmatic meaning and others using the word to sensationalize a theory that has no Biblical merit. I believe many read into the text what they want it to say. Many miss the author’s general description of society before the mention of the offspring of such unions. “There were giants (Nephiyl) ON the earth in those days, AND also afterward…, in other words the Nephiyl (giants) were there before and after these marriages took place. 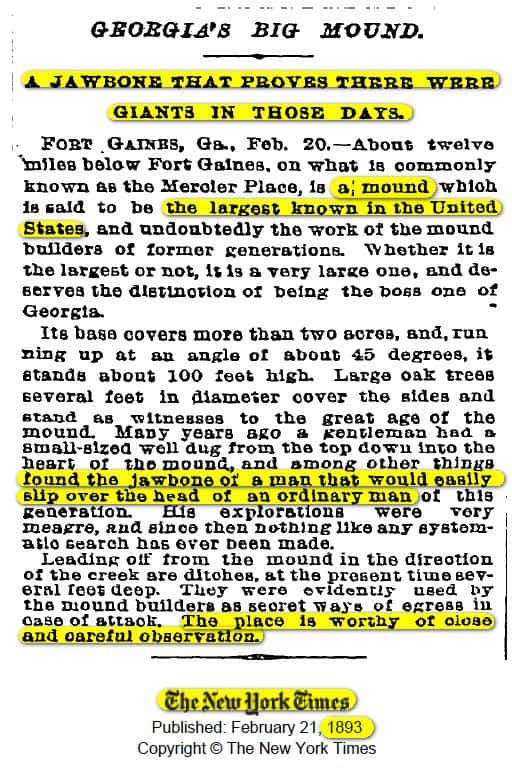 You would think that if this dastardly thing (the sexual union of angels and human woman), was indeed possible, a more specific explanation would have been provided by the Spirit of God to facilitate a warning. Yet, there is no mention anywhere of any involvement concerning intercourse with angels, in Genesis chapter six or Scripture at all. One thing that has become apparent though, is that one can twist Scripture to make it say almost anything. However, there are other considerations that need to be examined to account for the distinction that is most definitely being made in Genesis chapter 6. These we will consider in part three of our series.