Jerry Bowen and his 15 year-old son Joshua recently completed an 8 day “Presentation of Discoveries” tour in Malawi, SE Africa. I am very excited by the results. Below is Jerry’s report of the trip.

The Lord opened a window of opportunity for us to visit Malawi with the Discoveries series this year through a Malawian educator who attended some of our presentations in Virginia. He is taking advanced training here in the U.S., and arranged for us to make take the discoveries throughout his home country, coming with us as interpreter. 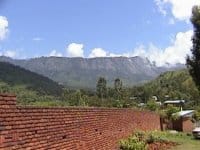 Malawi is one of the least developed of all the Third World countries, and in recent years, its economy has plummeted, creating some devastating living conditions. Despite the widespread poverty, however, Malawi is RICH in hospitality. We were overwhelmed by their warmth and spirit of sacrifice in making us feel welcome. Truly the people of Malawi are the “warm heart of Africa!” 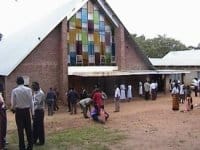 Our plan was to travel the entire country, conducting programs in most of the major cities. Naturally, the Adversary was at work, creating problems as well, but the Lord overruled at every turn! Often what appeared to be a problem was actually the Lord engineering a divine appointment. Through flight delays, we found others that the Lord wanted us to share these discoveries with. When accommodations were questionable, other doors opened immediately. When transportation or communications were a problem, God would miraculously intervene to speed us on our way or those who needed us would contact us. Truly Romans 8:28 was in full operation!

There were two natural obstacles that could have presented difficulties for us in Malawi: one is that we went during the rainy season. That could have caused a smaller attendance at meetings and impaired travel considerably. But it was awesome to see how the Lord held back the rains until after the meetings, or after we had reached our next destination! 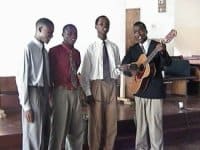 Another obstacle was the presence of malaria…and with mosquitoes and the rainy season, they were having a record outbreak of malaria this year! But we saw very few mosquitoes on our journey, and those we saw appeared to be flying AWAY from us, almost as though they were being chased off! 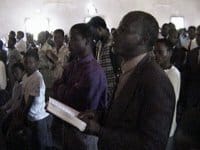 I wish you could have seen the faces as we presented these discoveries from day to day…it was as though we had rolled back the clock and allowed them to relive the actual events as they happened! Although it is often dangerous for people to come out in the evenings in Malawi, as many as 1200 people attended the presentations each night! The Word of God, which they reverence, came alive before the people of Malawi, and the seeds that were planted will result in a wonderful harvest. We made videos of the discoveries available to pastors all over the country, so we believe this material will continue to be shared widely.

Two particular examples of God’s intervention stand out. The first was an unexpected interview with TV Malawi, which will be broadcast at a later date to all 11 million people of Malawi as well as parts of Mozambique.

We contacted this gentleman to see if he was anywhere near Johannesburg, and to find out if it would be possible to schedule a meeting of some sort in the city while we were waiting. It “just happened” that he LIVED in Johannesburg, not far from the airport, and by chance, “just happened” to be at home and not working on that very day. He met us at the airport and whisked us away to the meeting site where he had everything we needed ready for us. Despite it being the week before Christmas when many people were away or unavailable, about 80 precious souls showed up!

The presentation was extremely well-received by everyone, and we left them with several videos to share. As an added bonus, one of the attendees “just happened” to be from the U.S., and is connected with a broadcasting company. He requested an interview for a possible nationwide program to be aired next year! Isn’t it amazing how the Lord works??