A Response to Holy Relics, Chapter 17 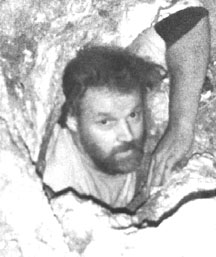 For anyone not familiar with JZ, he is what I would call a contemporary Jew, with no focus or concern on Biblical issues, especially concerning Christ. The authors are quick to highlight JZ’s perspective as to Wyatt’s qualifications to excavate, plus the permits necessary for such; quote, “ A. Ron Wyatt has never received a license from the IAA [Israel Antiquities Authority] to excavate here in Jerusalem. If he has then let him produce a license for his digs and surveys in Jerusalem, the Judean Desert, Mt. Sinai etc.”

The statement is interesting if you’ll notice the wording, JZ is absolutely positive Wyatt has never been permitted to dig in Jerusalem, and so we offer this evidence from the IAA themselves, for consideration from the Garden Tomb excavation. Note from the report: (Paragraph 2 in its entirety)

“The excavation was conducted south of a natural bedrock outcrop that was identified by General C. Gordon in 1883 as Golgotha (Fig. 1). During the 1980s, R. Wyatt excavated several underground chambers at the site. The current excavation cleaned and documented the former chambers and additional chambers were excavated.”

Of course I already knew that Ron had permission to work in the Garden Tomb, from his friend that he worked with at the IAA, but now you know that the Authors know too! I wonder if they’ll have the integrity to not only issue a written apology, but produce video materials admitting their error. I wouldn’t expect any from JZ, but the Authors claim to be Christian, and are the ones promoting the error.

One other thing that has already been mentioned but bears repeating, is the consequences of certain revelations being brought forth in that area, the outcome would be the destruction of Judaism, and there is no one in authority that would ever consider this. One other consideration is that Ron became very weary of sharing his research with those who had an agenda other than bringing glory to God. JZ was certainly one of those who was not in the loop, and so was free to run his month, establishing the biblical premise that only the fool claims that there is no God.

Eyewitness Testimony About Ark of the Covenant Video A Response to Holy Relics, Chapter 18