A Response to Holy Relics, Chapter 18 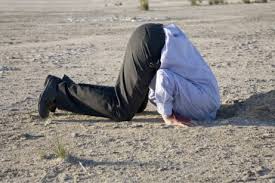 Chapter 18 – Of course that plane crash brought down the World Trade Center.

Having been to Israel several times and also throughout Turkey and the Middle East, I’ve had the firsthand experience of dealing with many folks who tell you what they think you want to hear, though it is not the truth. This is no doubt what the Authors experienced! Their collection of criticism was acquired not from the 4 hours of interviews they spent with Ron, (though they had 22 years of opportunity to ask questions), but from a host of discontented individuals with preconceived ideas and misinterpretation of Scriptures.

I will provide a firsthand example of just what I’m talking about from a conversation I had with one of the men the Authors quote. As mentioned earlier, Bill Fry and I went to Israel a number of years ago in an attempt to verify the testing of the blood that Ron brought from the chamber. Since we only had an idea where the facility was, we decided to contact this individual, as we knew he had provided Ron with the recommendation. So we already knew he was Ron’s contact, but this individual did not know, that we knew.   After introducing ourselves, we informed the gentleman that we were interested in following up on the test results from Wyatt’s claims at the lab. He was cordial, but acted as though he had no idea what we were referring too. We emphasized that we were friends of Ron’s, and had a letter from Dr. Dunkley to present to the lab. I’ll never forget his response; he said “Ron, Ron, Ron who? Where have I heard that name before?” We didn’t inform him that we already knew of his relationship with Wyatt, but he was intentionally playing dumb.

People don’t realize how sensitive these issues are, particularly in Israel, and how afraid they are to reveal the truth. The fact that God’s enemy is playing for keeps, is a constant reminder in dealing with folks with regards to this information. Numbers of folks have been silenced, and moved out of the way, for intentionally hindering this last day work. The words of Jesus are so appropriate here, “Father, forgive then for thy no not what they do”, the same applies to the Standishes.

I guess the Authors have never heard of a cover-up, I’ll bet they still believe the 2 jet liners took down the world trade centers, even the building that the planes never hit, (building #7). While the scientific evidence is pretty conclusive, from over 200 experts that the jets could not have been the cause, yet how many believe the “official” Government version?

Sometimes you can get a lot of people saying just what you want to hear, to try to convince yourself you are correct. This is one of the main reasons why so many at the end loose eternal life, they follow the crowd, after all, they all can’t be wrong? right? The broad road to destruction is full of folks that had good intentions but never checked things out for themselves.

I’m not suggesting that Wyatt played a perfect hand 100% of the time, but I’ve been to close to things ordained by God, and I know that He has everything on track to win as many souls as possible. I would really not want to be the one working against the Holy Spirit.

I really can’t believe the naivete the Authors present in having total confidence in certain individuals and the scientific community; of course it is what they want to hear what they want to believe. I think they find it just a convenience because they don’t want to do the hard work it takes to get firsthand accurate information, plus admit that what they embrace as truth, could be a little bit different than what God is doing. This sounds a lot like the group that led God’s people 2,000 years ago at His first coming, it’s the Sanhedrin all the way. God was merciful though and sent eyewitnesses of the event and He has accomplished the same today, “The secret things belong unto them that fear Me (respect and reverence) and I will show them My Covenant, (Ps. 25:14).  This is just what He achieved with Ron, God revealed a secret concerning His Covenant that had been hidden for thousands of years.  If you connect all the dots it is revealed in His Word, but too many had various pieces, so God provided this important clue (the blood on the Mercy Seat) for us to pull it all together, praise God Ron was willing to be used!

These are comments dealing with chapter 18 of the Standish book Holy Relics.