In May 2001 Bill Fry, accompanied by freelance photographer Barbara Patt, traveled to Turkey for meetings associated with the upcoming Noah’s Ark conference in 2003. A couple of days after those meetings in Ankara they were examining the eastern side of the ark formation. Looking up, Barbara spotted a large stone protruding from the side of the formation near its center. They briefly photographed the stone but did not want to draw attention to it because the local villagers might decide it was something valuable and remove it. Since it was firmly embedded in the formation the decision was made to leave it where it was and say nothing. 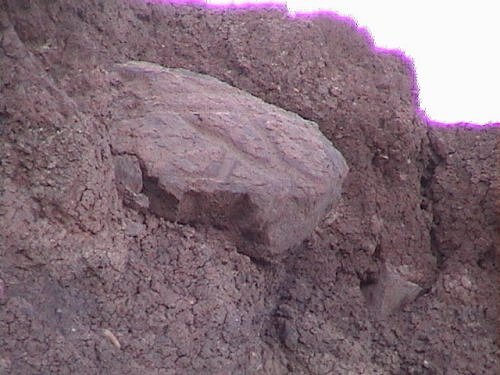 In September 2001 Bill Fry traveled to eastern Turkey to examine this stone more closely and determine whether it was something of archaeological significance. After further examination it was determined to have on it a number of ancient inscriptions. To this point the nature or meaning of the inscriptions has not been determined. However, because the artifact is embedded in the side of the ark some 20 feet off the ground it is reasonable to assume that it is definitely related to the ark itself. Turkish authorities were notified of this find on September 17. 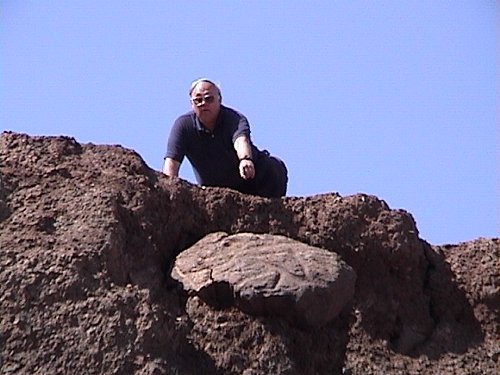 We are quite excited about this find as Ron Wyatt always believed that within the formation was something that would clearly identify this as Noah’s Ark. This may well be the artifact that does exactly that. More details will be forthcoming both on this web site and in our free update email letters.